Yahlo everyone, Raizu is here!
Actually this chapter should be posted last night, but since FGO have a livestream at the same day, so I postponed it and post the chapter today.

[Alright, I’ll move straight onto organizing the items this time.]

[We rolled quite the number of SR and above items.]

[Looks like this rate up wasn’t so much of a lie after all.]

After we finished rolling the gacha, I decided to organize the stuff right away.
It would be bad if I forgot to do it again like the last time, I also want to decide what to do with the UR item ASAP.
I opened the item list and materialized the more usable stuff.

First would be these.

———–
●
Waist Pouch
A magically enchanted pouch.
Has decent capacity. Its weight never changes, a wonderful pouch that doesn’t let raw materials that are put inside it rot.
Take note that living things cannot be put inside it.

●
Shoulder Bag
A bag suffused with magic.
Has pretty good capacity. Its weight never changes, an amazing bag that doesn’t let raw materials that are put inside it rot.
Take note that living things cannot be put inside it.

[It’s about time you girls get bags to carry your personal stuff, so which of these do the 2 of you want?]

[Bags huh. I’ll pick this one. It doesn’t obstruct me when I move.]

[Then I’ll get the other one. I don’t need to move all too much during battle]

I have been the one carrying all of our belongings up til now, the girls should be wanting bags of their own for their own stuff.
These was a great chance as we got some similar bag type items this time.
Noru picked the bag which is put around the waist, while Estel got the bag which is slinged over the shoulder.

—–
●
Explosion Tag
A piece of paper that explodes when activated after it is stuck somewhere. Up to 5 uses.

[Sure but we’ll do it outside later.]

The next item was some flimsy paper which had a skull and bomb image on it.
At first I mistook it for explosion fist, but it was word for word an “explosion tag”. (ED Note: the original word 爆裂券 is read as “bakuretsu ken”, which is the same way to read explosion fist 爆裂拳)
I am thinking of testing it out, but explosions are obviously dangerous.

I thought this was a good piece of equipment when I saw the effects, but it turned out to be a silver bow. It even came with its own specialized arrows.
It felt pretty heavy when I held it. It has the nice Automatic Retrieval effect though.
I wonder if this would be a good weapon for a bow user if we get one in the future?

Hmmー, this feels sort of usable but seems iffy.
The Magic Canceller is a ring so it might be a good idea for me to equip that.

[I guess this is suitable for Estel?]

[Ara, it’s another beautiful item. If it’s a good item then I’ll gladly accept it.]

It’s a crystal sphere that’s the size of your palm. It does come with it’s own string so you can wear it like a necklace, but it’s going to hinder the user when moving due to it’s size.
Since she doesn’t need to move much in combat and the item has good defensive effects, so it suits Estel.

[Gloves huh. It was starting to get tough swinging Bar bare-handed so this came at a good time. You wanna use these too Noru?]

These are gloves that are made of black leather. It doesn’t weigh much and it has a anti-slip grip too, it feels good to grip Bar when wearing these.
Although Noru has her own gloves, she replaces them as these are better.

[What are you supposed to do with this… Ah, it peeled off.]

This is a crest that has 2 snakes curling around a rod in the middle, there are wings on the upper portion.
When I was fiddling around to figure out how to use it, the top layer suddenly peeled off like how you would use a sticker.

The heck, is this supposed to be something this half-assed!?
Since this is a magic related item, I stick it onto Estel’s bag for the time being.

[This is definitely for Estel. It has some nasty effects.]

[This’ll strengthen my Explosion type magic further. But, it will be difficult to move when I am using it.]

We have reached the SSR items. This Grimoire is a red book which has a Demon-like being and a Dragon drawn on the cover.
Although it is possible to hold this book with one hand, it might be a little too large for the small framed Estel.
Well, it’s all good because she can just put it in her bag and take it out only when she needs to use it.

[So this one is a bracelet. This one’s also for Estel. That aside, how does the Stock effect work?]

[It probably means I can keep stocks of my surplus MP. I’ll thankfully accept this.]

It’s a bracelet that has a silver bead attached onto it.
With this she can now cast spells continuously for quite awhile without the need to drink any MP potions.
Now that she is going to have extra stocks of MP, she can use those stocks to recover her MP quickly when there is a need to, so it’s really convenient.

[That’s a dazzling looking ring. Are the effects good?]

This is a gold ring with carvings on it. It comes with the suffix “Rhein’s Gold” but I don’t know what that means.
Then there’s that “Night of the Prologue” condition which I also don’t understand. The effects are also kinda weak even though this is a SSR item.
I’ll give it to Noru for the time being, I wonder if this is one of those “miss” SSRs?

[Sure thing~ Okura-dono can finally do some of the baiting too.]

[I was expecting something awesome since it’s a UR, but this just looks tattered doesn’t it.]

This Holy Fabric looks like a black garment which is ripped on the edges.
Although I’m happy to get my first UR equipment, this only serves to further increase my weirdo levels after putting it on.

[Now then, Noru, what do you want to do with the extra Regi・Eritora? You wanna use both and Dual Wield?]

[This isn’t something that easy to use. Combine them together please.]

[I see. On another note, what happens if I use it instead?]

[It’ll just be a very sharp sword. It’s not called my exclusive equipment for nothing.]

Here I was thinking ‘maybe it’s possible to use another “character’s” exclusive equipment in this world’, but that seems impossible.
I’m guessing it will still be a good weapon but the weapon stats will not be as high as when she uses it. I do wonder how that works.

[What should we do about the extra bracelets. Does Noru want to be stylish like me?]

I decided to combine the equipment that had spares.
Regarding the Rings I’ll just use multiples of them together, in preparation for giving them to any units we roll in the future.
The 2 extra bracelets goes to Noru.

You are supposed to only be able to equip up to 2 rings, but that’s not the case here and it is possible to stack the effects of multiple rings.
Even though exclusive equipment is still “exclusive”, this is possible; I wonder how the balancing is supposed to work here.

Woah… The items have become pretty amazing.
Regi・Eritora’s attack power skyrocketed. It’s even got the Action Speed+ effect now.
The same can be said of my Favourite Bar too, it has reached the level where it is comparable to vanilla SSR equipment from GC.

Now that I have finished organizing the equipment, it’s about time we went to bed for the day.
I wonder what we should do tomorrow. Should we go back to exterminating Scorpions with our newly strengthened equipment, or perhaps we can go search for another hunting ground.

I was sleeping, now I’m feeling a strange sensation.
My body feels heavy. There’s also something wiggling around in my futon.

My half-asleep head begins to sober, and I notice that there was something here so I unfurled my futon.
In doing so, Estel who was clambering onto me makes her appearance.
I turn and look at Noru’s bed, there were signs of her slipping out of that bed. Noru was patting her hand around as though she’s looking for something.
She must have been using Estel as a body pillow… (EN: how… envious)

[Fufu, I wanted to sleep together with Onii-san. I get lonely easily, didn’t you know?]

Wuh? Just what is this girl saying.

[You should stop with the jokes and get back to sleeping. Go on back to Noru’s bed.]

When I told her to stop with the jokes, her eyes narrowed and she grinned.
Oh crap, that’s the face of someone who is planning to do something bad.

I had a bad feeling about this, but Estel twirled her finger and stopped me before I could do anything.
And so my body becomes unable to move much like what happened the other day, additionally I am also unable to make any sounds.

Oh shit shit shit shit, seriously what does she want to do. I really have no idea what’s going to happen this time.
This is scaring me.

[You are still not in the mood after I have done this much. Fufu, I already know that Onii-san has been “comforting” himself.]

What… did she just say…. How? Why does she know.
I have always been doing my fapping secretly in the bathroom. How did that kind of information leak out? I also cleaned up properly every time so there should have been no smell either.

[If it’s me, I’m willing to do anything that Onii-san likes.]

While licking her lips, she used her small hand to stroke my chest.
Her hand’s so soft, there’s also a sweet smell too for some reason.

She said “Anything”… “Anything”… This is bad, isn’t she fairly young herself?
To lay my hands on a girl who is even younger than Noru… That won’t do.

She sets my body free from her restraining magic. And she asks me that question with a mischievous smile.
I … What should I do? Even though she’s saying it’s okay…

Right when I was thinking about that someone else suddenly called out to us. When I turned to look Noru was already standing next to me.
It was so sudden, that I got so surprised that I almost thought my heart would jump out. Estel was surprised too.
H-how long has she been standing there?

[Reeally now, don’t just go disappearing on me like that. Estel feels so comfortable to embrace.]

[Muuー, right when we’re getting to the good part…]

Noru went and grabbed Estel up, then returned to their bed. The way she held her made Estel look like a cat.

Whew, I guess I can say I was saved huh. I wonder what would have happened if Noru didn’t make her appearance.
Besides… how long has she been standing next to me? Also when did she wake up? And also how much of our conversation did she hear?

When I thought about all that, I felt the bad kind of sweat flow down my back.

This week gacha event and rate-up in various mobage: 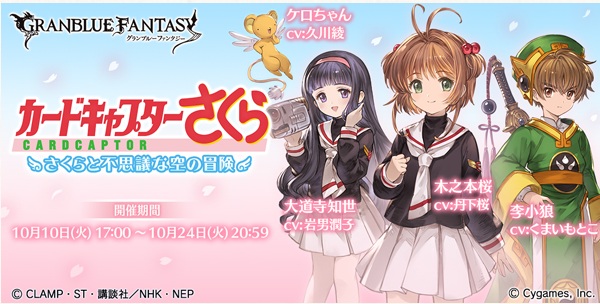 Good luck for your rolling!