A new armament is summoned.
Guess who?

At the same time, a sound of explosion reverberated throughout the Lapis mountain.

The battle had begun somewhere…!

The violent explosion noise could be heard intermittently. And as we’re getting close with the source, I could hear sounds of people screaming as well.

Since the scream only intensified, it proved that the enemy far overpowers them.

Following Balmung through a mountain path, I finally saw several adventurers in the midst of fighting a red wyvern.

It’s still a bit far from where we were though.

[So it’s a flame vyfern… and quite grand een size as vell.]

[Total length of about 20 meters and 5 meters height. It’s big for a flame wyvern. It can be easily recognized from its crimson scales and fire-breathing ability.]

The adventurers kept throwing their magic at the wyvern but to no avail.

On the contrary, their numbers were being reduced one after another by its powerful tail whip.

[Even if they claimed to be B rank, they are not as well trained as I thought they would. It is impossible to beat the wyvern with only that.]

It seemed that the search party was separated into several groups.

It’s good that they found it, but they made the mistake of underestimating the power of the flame wyvern, attacking without calling for help first.

This is bad… If left alone, they’ll get wiped out.

I hurried down to help them, but Balmung ran in a different direction instead.

I wonder what she’s planning.

I invoked both Brionac and Aegis from the notebook.

Aegis would slow me down, but Brionac’s power should be able to offset that…!

The flame wyvern leaned its body back as it’s preparing to breathe fire.

The red, scale-covered chest swelled, followed by the wyvern lurching its head forward as a massive amount of flames were spat out from its maw.

I intercepted the flame before it could reach them while activating Aegis’ barrier.

The flame looked terrifying upfront, but it couldn’t break through Aegis. I couldn’t even feel the heat.

[Take the injured away from here! Quick!]

When the flame subsided, I finally got to see the wyvern face to face.

It’s the first time for me to see one, but it glared back at me with its golden eyes.

Of course it scared me a bit but…

[I am your opponent, flame wyvern. Come and get it!]

The wyvern spun around, sweeping off a lot of dirt with its tail in the process.

I quickly raised Aegis and jumped backward to avoid the tail smash.

It’s fast for its size.

Its entire body is probably lined with very dense muscles. Even if one can break the hard scales, doesn’t mean that attack could grievously harm the wyvern.

I noticed Balmung at the edge of my field of vision.

Apparently I should direct the wyvern into that direction.

I evaded the flame wyvern’s bite then followed up by jumping and stabbing at the webbing of its wing.

I tore up a pretty huge hole there. It shouldn’t be able to escape by flying anymore.

When I landed, I continued running, deliberately toward a stone wall.

Having its wing wounded, blood seemed to have risen into the wyvern’s head.

It rushed at me, maw first, with bloodshot eyes.

At that point, a black armored knight landed between us. Her long black hair fluttered in the air as she did so.

Her greatsword self in her hands, Balmung did a huge overhead swing. The heavy looking black greatsword fiercely fell upon the wyvern’s head.

A screeching, metallic noise filled the air. A violent shockwave was produced when the black greatsword collided with the wyvern’s head.

Cracks formed, starting on the wyvern’s head and spread up to the tip of its tail. The next moment, its body broke apart in half like splintered bamboo.

The flame wyvern, whose body had been cleaved in half from top to bottom despite the fact that the greatsword wasn’t that long, fell dead on the ground without even having a chance to let out a death cry. A small tremor was produced in the process.

Dust was lifted in the wake of all that. The black armored knight rose back to her feet, her body trembling.

She excitedly swung her greatsword self…

From my point of view, she looked completely like a rotten person.

After Balmung returned to the black notebook, I ran back to check on the injured.

It seemed that only 2 people were left unharmed. The rest were unconscious and in a worse condition.

Some of them were bleeding from their mouths… this is bad.

[T-thank you… we were saved thanks to you…]

[It’s nothing really… rather than that, is there a healer among you?]

[There are none among us… Perhaps in the other group…]

[That is not good… this one has his bone sticking out to his internal organ. This one is badly burned… they will probably not make it by the time the other group arrives here.]

Levi most likely used appraisal magic to ascertain the condition, but her diagnoses on the injuries sounded really bad.

There’s really no time to call for help from the other search group.

So I opened the black notebook again and stopped at a certain page.

This one’s power should be able to heal all the wounded.

[I beseech you, Solomon!]

When I called the name, a ring in a mixture of silver and black color emerged from the page.

It looks like a regular ring other than its unusual color.

Taking hold of it, I casted Materialization magic.

From within the mottled light of black and silver, a man appeared.

He has unkempt long silver hair and a lot of stubbles on his chin.

He seemed to be someone in his mid 40s, his face haggard and aged.

He’s a little taller than me, wearing a black coat and black trousers. Lots of silver accessories adorned his person.

[Thank you, Solomon. Nice to meet you.]

[Nah, the others kept talking about it so I grew to be interested in it as well. It certainly lives up to the hype. So, I should heal them, right?]

[Fuhn… I am Solomon. The ring of djinn carrying the powers of demons; allow me to show you part of my powers.]

Solomon raised his hand over the injured. Their wounds quickly closed at a visible rate and their pained faces gradually softened.

He completely healed everyone in a matter of minutes.

[T-thank you… You are such a lifesaver. Umm… about earlier, I’m sorry. It’s really embarrassing now…]

[No no. Don’t be too worried about it. The most important thing is you’re alright.]

[They aren’t completely healed yet so they shouldn’t move too much, okay? I simply closed their wounds. My power thinned out when spread out like this. I guess they’re right when they say that I lacked dexterity. Nahaha!]

[Thank you, Solomon. It was a huge help already.]

[Of course. The dragon subjugation is already over anyway.]

Right then, I heard a sound of explosion in the distance.

As it turns out, there were actually TWO wyverns we needed to subjugate.

[Rhode-sama, Balmung-sama tried to say something earlier. Perhaps it has something to do with this other wyvern…?]

[Ah, that’s right. That Balmung girl was being noisy inside the notebook. [I forgotー! Please kall me againー!] she said. Well, we have my powers here to help. Boss should try wielding Balmung to slay this one.]

[Then, Rhode-sama. Please read this as we make our way there.]

[…why am I not surprised anymore?]

A legendary ring crafted by the gods to seal and control demons.

It draws its powers from the demons of a different world to ours.

To be precise, it’s a “ring that borrows the powers of otherworldly demons”.

Its powers are certainly supernatural to humans, but since it’s technically a borrowed power, the effect is not so high.

Even so, it can use various kinds of magic on a slightly higher than intermediate level.

However, using it too often will cause the demons to be restless, bringing misfortune to the ring’s owner.

[It is different from the demonkin of our world, it seems.]

[That’s right. If you use their powers too much. they might jump out of the ring… So be careful. Nahaha!] 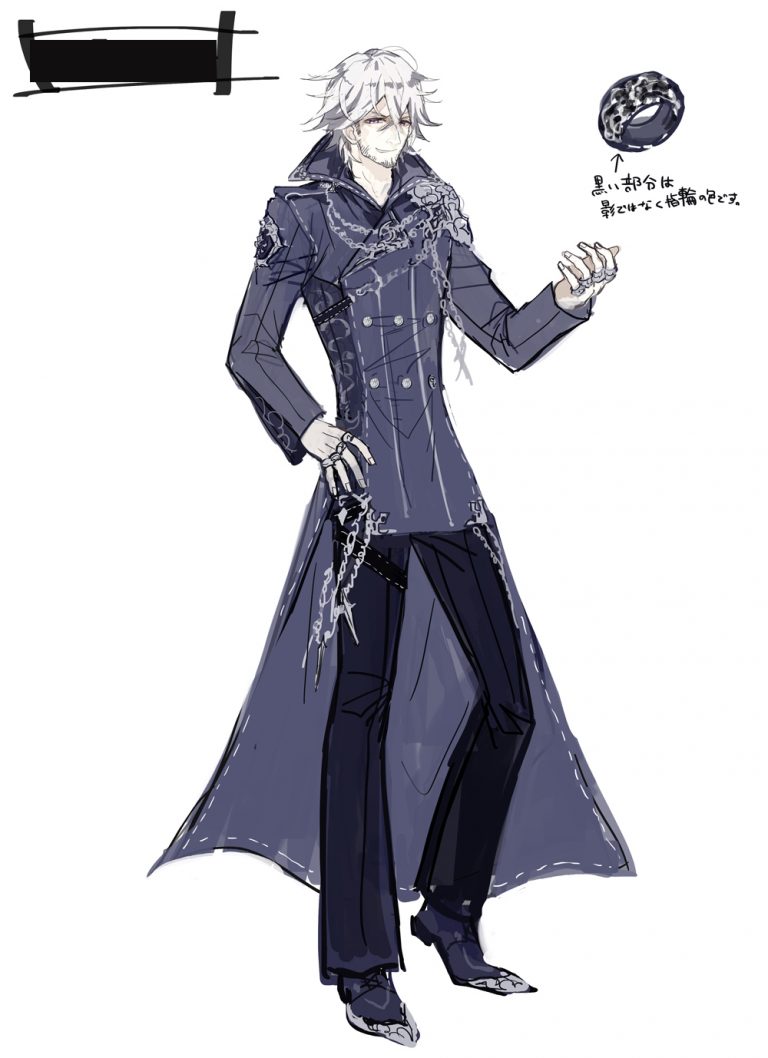 4 thoughts on “I Was Called Incompetent ch.26”