Sorry for the long wait.
Here is the new chapter of GGC.

Chapter 68 – The Struggle for “Complete” Part 2

[Ufufu, I’m not on running duty today! With the bracelet I borrowed from Noru-san, I’m raring to go!]

[I’m the type that likes a proper brawl! I don’t need to bother keeping up appearances either since it’s just me and Okura-san, this side is more my kinda thing!]

It was decided that Noru joins Estel at the Northern Cave today, and Shisuha will be hunting Orcs with me. So, I have now come to the Forest with Shisuha after sending Estel’s team off.

Despite looking tired after her scorpion runs yesterday, she appears awfully energetic today. She must really be looking forward to hunting, from how restless she is.

Shisuha has borrowed Noru’s Power Bracelet, as the latter doesn’t need it for her role.

With that, Shisuha should now be able to defeat Black Orcs in 2 hits.

I am currently accompanying Shisuha before we split up, informing her which respawn points she will be hunting at, and telling her what she should be doing.

After telling her the “kill goblins and orcs to spawn the Black Orc, kill Black Orc then rinse and repeat.” formula, I parted ways with her and headed to my designated zones to start hunting too.

As I was hunting, I could hear Shisuha’s laughter echoing through the forest. I reflexively turned to have a look, even the goblins that were about to attack me turned to look and were shocked by the fearsome sight.

She blazed through the woods with incredible speed, laughing as she destroyed every monster in her path. Goblin and Orc heads shatter from her stave attacks, while Black Orcs crumble instantly to 2 hit combos.

She’s even faster than me even though I have Excali-bar’s passive speed buff.

Holy shit desu. I feel like I just saw something I shouldn’t have………

She has been consciously keeping herself in check so she has the capacity to react to oh shit moments back in the Labyrinth, but there’s no danger here whatsoever to shackle her down.

Lots of time has passed, after that time I took notice of Shisuha going on her warpath.

The sun was about to set, which marks the end of today’s hunt. We have obtained 104 manastones today, making the new total of 132.

I went to call Shisuha, while she was happily shoving her right fist into an unfortunate goblin’s face.

She had the most refreshing smile when she turned to face me. I don’t think I have ever seen anyone this “happy” before. She was positively beaming.

[Oh? It’s time already? Come to think of it, it has gotten quite dark.]

[Oh psshー, I had so much stress piled up from getting chased by the scorpions yesterday. I couldn’t even damage them one bit.]

[You… actually went and attacked them eh.]

[Who wouldn’t. I prefer to be the one doing the chasing rather than being chased.]

Shisuha huffed in satisfaction as she replied.

And she even went and attacked the scorpions while she was doing bait duty… Just how much of a combat maniac is she.

Even after hunting for almost 10 hours straight, she was so focused on wrecking face she lost track of time rather than get sick of it. Looks like she won’t be needing SAN checks.

[Shisuha, do you feel bad anywhere?]

[No Problems! If Noru-san is okay with it, I wouldn’t mind doing this again for tomorrow as well!]

[I, I see. I certainly don’t mind… But is Okura-dono alright with that arrangement?]

We went and picked up Estel’s team, then headed back home.

Noru managed to survive another day, without doing any weird stuff. Maybe the baiting role isn’t as taxing on her mental health.

I was thinking about switching members each day, but now I guess it might be better to keep the current members as is. Shisuha wasn’t suited for the bait role too, right person for the right job as they say.

[About what…? Shisuha, did you do something?]

[Me? I just hunted normally?]

I don’t think hunting normally equates to chasing after monsters while laughing maniacally. Even monsters would be afraid of her.

[Well, let’s put that out of the way. We’ll have Mofutto doing the rolls this time.]

[Mofutto, we are counting on you!]

The luckiest one among us will be rolling this time. I really want this to end as soon as possible.

Noru lifted Mofutto up then onto the table, as she usually does.

After a grand waltz to the smartphone, the 11 consec gacha button was tapped.

[Dammit… even though we pulled a SSR…]

We got a SSR, but it wasn’t the Dimension Room.

There’s no denying luck is on our side… But even luck has its limits, when you are looking for that 1 very specific thing.

[Not even Mofuto could get it!?]

[Damn… this Comp Gacha is horribad…]

Kuh… Maybe my plan has too many holes. At our current pace of 2 rolls a day, we theoretically have 6 more chances.

Getting a 3rd roll in a day means 50 more stones, but that… Is impossible no matter how much I try to think of making it happen.

The most plausible idea I have, would be for me and Shisuha to do some extra hunting in the Forest, which would then add up to a 3rd roll on the last day.

[sigh, even though I was the one who accepted your terms to do this, this is taking a toll on me mentally.]

Estel slumped on her chair and sighed, looking even worse than she did yesterday.

A slight hint of regret could be inferred from her tone.

It would be bad news for me if she dropped out now, so I handed her a Supplement that we got from the gacha. She empties the bottle in one swift gulp.

[We managed to get another 100 today… Today, let today be the day…]

[From the bottom of my heart, let it be over already…]

[Whewー, this has been another fulfilling day.]

After concluding our hunting for today, we returned home. The current manastone count is 143.

That’s 111 manastones collected today. Estel’s team felt slightly slower today, as we only had 98 stones by evening, so me and Shisuha stepped up our game for the remainder.

It’s tiring for sure, but it can’t be helped as it is for the gacha.

Estel hadn’t spoken a word since after we got back home. She sinks into her chair shortly after getting back, then just sits there silently as though a statue looking down.

But that only worried me, so I tried calling out to her.

She wasn’t reacting to my calls.

She finally noticed me then replied, after I went up to her and waved right infront of her face.

Maybe our current hunting plan is too taxing on her? She is the one with the lowest physical stamina among the members of our party after all. And it’s still only the 3rd day… This is concerning if anything.

[It looks to me that she was feeling under the weather today. There were occasions where I was almost hit(by her magic attacks).]

[Sorry about that. My aim got a little blurry after casting the spells so many times. Don’t worry, I’m fine.]

[Ahー, well, don’t overdo it. It’s fine and all that to stop and rest, when you feel like you are tipping over the edge. Sorry you’d have to be the one to do it, Noru, but do step in when it looks bad.]

Though she asserts her own wellness, I still told her it’s okay to rest if she gets worn down.

Noru will be there with her, so she’ll take appropriate measures if things really fall apart.

[What’s the plan for today?]

[Hーmm……. Howsabout we let Estel do the honors.]

I decided to let her roll the gacha in my attempt to cheer her up, her reply though, it’s the first time I have ever heard her in such a downcast tone.

After receiving the smartphone from me, un-energetically, she lightly tapped the 11 consec gacha button.

Another SSR came out, but it’s still not what we want. It’s getting heartbreaking to see this happen.

I thought I could push through the negative mood with some momentum, but Estel’s expression remained the same. If anything her number of words decreased.

After muttering her short reply, she taps the 11 consec gacha button again.

[Estel-san, are you alright? You seem to be even more exhausted than you were yesterday.]

After finishing her gacha rolls, Estel tightly grips her hands together, and mutters something as she shooketh.

I was unable to tell whether that was from her frustration or something else altogether.

I have a feeling something bad is about to happen if this keeps up… I’ll wait and see what happens tomorrow, I might even consider reducing hunting time depending on what happens.

I’ll just have to work harder with Shisuha if it does reach that point. 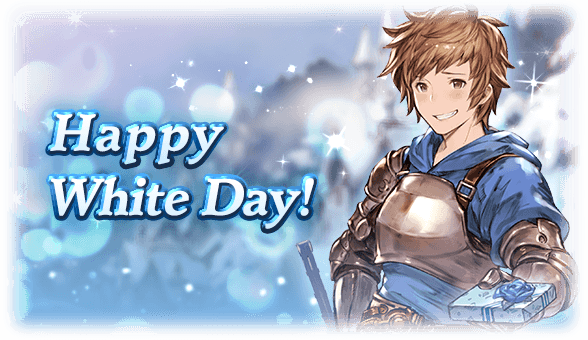 GOOD LUCK ON YOUR GACHA ROLL~!

May RNG Goddess bless you.